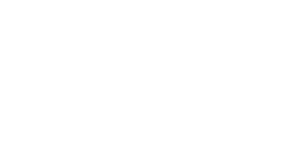 What Does the Bible Say About Government?

I’ve heard it said that “mixing religion and politics is like mixing ice cream with manure. It ruins the ice cream but doesn’t improve the manure.”

In 2021, Pastor JD Greear, president of the Southern Baptist Convention, stated this in his presidential address: “Whenever the Church gets in bed with politics, the Church gets pregnant, and our offspring does not look like our Father in Heaven.”

Depending on your viewpoint, these statements most likely create an emotional reaction. I’ve been in full-time vocational ministry for the past fifteen years. From my observation, no other subject generates more division in our nation than politics and the role of government. The church is not immune.

I’ve seen differences of opinion divide families, ruin friendships, and sow discord in churches. Every two years, we are bombarded with messages from politicians trying to get elected that tell us the stakes could not be higher. Fear-based ads vilify the other candidates stating that if you don’t elect this particular Republican or Democrat candidate, we’ll “lose our nation.”

Followers of Jesus must stay anchored to scripture, especially through an election cycle.

What does the Bible say about politics and government? And, what is the responsibility of followers of Jesus to be salt and light?

As I remind you, my role as a pastor is not to tell you what to believe but to teach you how to let scripture shape your beliefs through the lens of following Jesus.

Let Scripture shape your beliefs rather than confirm existing viewpoints.

Let’s walk through these four questions to develop a biblical worldview on politics and government:

1) Why is government important?

The purpose of government is a form or system of rule by which a nation, state, or community is governed. People who serve in government are given great power to influence a country’s direction, affecting those living in it. We know that with great power comes great responsibility.

Here are a few scriptures to discover biblical principles on the role of government:

“Then God blessed them [humans] and said, ‘Be fruitful and multiply. Fill the earth and govern it'” (Genesis 1:28).

“When there is moral rot within a nation, its government topples easily. But wise and knowledgeable leaders bring stability” (Proverbs 28:2).

“Praise the name of God forever and ever, for he has all wisdom and power. He controls the course of world events; he removes kings and sets up other kings. He gives wisdom to the wise and knowledge to the scholars” (Daniel 2:20-21).

“Let every person be subject to the governing authorities. For there is no authority except from God [granted by His permission and sanction], and those which exist have been put in place by God” (Romans 13:1).

“For the Lord’s sake, submit to all human authority—whether the king as head of state or the officials he has appointed. For the king has sent them to punish those who do wrong and to honor those who do right” (1 Peter 2:13-14).

God created and commanded humans to govern the earth through wise and knowledgeable leadership.

The sin of pride destroyed God’s perfect creation and led humans to think they knew better than God. Pride and power will corrupt any leader, even those with the best intentions.

3) How do followers of Jesus speak the truth with grace?

Followers of Jesus are directed to honor and pray for the leaders whom God has granted to govern the earth while also influencing with honor, godly wisdom, and moral courage.

Followers of Jesus are directed to be witnesses of Jesus in every sphere of influence.

Followers of Jesus must learn to address questions that transcend politics with truth and grace.

We can let our voices be known in the US by voting for men and women who will govern with honor, godly wisdom, and moral courage. Additionally, God may lead some people to run for public office, get involved in shaping public policy, or serve to uphold justice and freedom for all.

4) How do we treat those who have different views?

Disagreement is inevitable. Division is a choice.

A political disagreement should not derail our personal witness and shared faith in Jesus.

The Apostle Paul is a helpful example to us. “He went to the synagogue to reason with the Jews and the God-fearing Gentiles, and he spoke daily in the public square to all who happened to be there” (Acts 17:17).

He learned how to debate critical issues that impacted the culture he lived in through respectful conversation with those he disagreed with.

Paul was an influential Jesus follower because he knew winning the hearts and minds of people was more important than winning a political argument. Here is his guidance for how to accomplish this challenging task:

“Live wisely among those who are not believers, and make the most of every opportunity. Let your conversation be gracious and attractive so that you will have the right response for everyone” (Col. 4:5-6).

Be witnesses of Jesus in every sphere of influence.